I have seen quite a few films so far this year. Some years I only see a few, but already I've seen at least 4 and I'm planning on seeing yet more.

There will be spoilers. 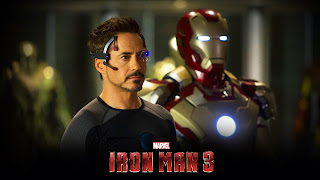 I've already written my thoughts here, but to recap... Iron Man 3 was far superior to Iron Man 2. It made sense as a sequel to the Avengers, continuing the story of one character from that film by focusing on him as an individual. It couldn't have topped Avengers for scale, and trying would have been foolish. Instead it showed the psychological damage Tony Stark suffered in the aftermath of New York, and was positive in that what Tony is going through is shown as understandable and as a person he is not lessened because of it. That Tony doesn't sensibly deal with his issues is fitting with the character and the lack of definitive resolution to his mental state is realistic, because things like that don't magically go away.
Pepper wasn't in the film quite as much as I expected, but she was shown positively in most of the scenes she was in. I think that her role in the wider universe could have changed due to the events of the film. It's not been made explicit however it's an option that could be explored going forward.
The villains made sense (more than I expected they would) and a certain reveal worked really well and was very amusing. Plus the attitudes of the various henchman were funny and showed them to be more than faceless goons quickly and efficiently.
There were some plotholes, but they were the kind you think of after seeing the film and didn't dent my enjoyment of it. 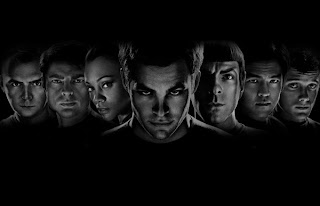 I didn't enjoy this as much as the 2009 film. It was very action-packed and looked good, it was exciting while I watched. I remember laughing quite a bit, though not just at bits that were meant to be funny. You see Kirk is not a likeable character, he's an arse really, so I found myself laughing whenever he got injured. Possibly not how one is supposed to react to the leading man. Spock was far more likeable, though I was confused about why he and Kirk were so friendly, because Kirk's an idiot and Spock must see that. While having Leonard Nimoy is stuff is cool it rather seems that young Spock gets his marching orders from old Spock (in fact that literally happens in this film) and the reason he likes Kirk is because old Spock said he should.
There were some cool moments with Simon Pegg (Scotty), John Cho (Sulu), Anton Yelchin (Checkov) and Karl Urban (Bones), but I felt that most of them were underused. Especially Anon Yelchin, who was given very little to do for an actor who was almost the only redeeming feature of Terminator Salvation.
Also it seemed a shame to me that they decided to remake Wrath of Khan, rather than doing something new and original with the rebooted franchise. When I thought Khan was going to be treated as a more sympathetic character, possibly even a good guy, I figured that was an interesting way of doing it. Then old Spock turned up, gave young Spock his instructions, and that was that. I was kinda amused that they swapped the classic lines around, but in the context of this film I later realised that it didn't make a lot of sense within the context of this film. At one point I was sitting in the cinema remembering out the order of the original Star Trek films and trying to figure out if those were going to be the road map for what came next. Now I don't have strong feelings for Wrath of Khan, but it seems that a lot of other people do (turns out there was more to it than someone shouting "Khaaaaaaaan!") and they were put out and though I didn't feel it personally I can see why others were bothered. 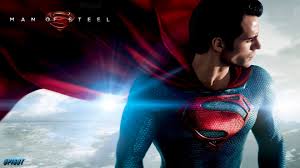 I liked Man of Steel. It was an interesting reinvention of the character and one that had a different feel to
other versions. I liked that there was focus on Clarke being an alien and the difficulty of adapting to Earth and the tensions a family has to go through when raising an alien baby. I also liked that Clarke found coming into his powers painful and frightening, because it's all a bit to easy and perfect in other versions of the story. Or else the process of Clarke/Kal-El learning and changing is skipped over until he's all perfect and shiny. I didn't like Jonathan Kent so much in this version, he seemed harder than in other versions I've seen. However I think that the version of Superman shown in this film makes perfect sense based on what we see in the flashbacks to his youth, it's internally consistent. I liked that once he learned to fly it was so much fun for him, that sequence was wonderful. It was nice for him after all the super-sense problems he'd had.
It was interesting to see more of Krypton (which kinda made me think of Asgard from the Thor film) as some kind of science fantasy place. It was good to see Kal-El's mother, Lara, a bit but of course Dur-El was more important because in Hollywood films fathers just are.
Zod was a good villain, one who had an overriding purpose rather than just being evil. I've heard criticism for the death of Zod, but I feel that made sense. Zod made clear that he'd kill every human in order to restore Krypton, so Clarke didn't have much choice. The references to Lexcorp were good, noticeable but subtle and hopefully a sign of things to come.
Lois was brilliant, even if she wasn't in the film as much as I'd expected. I hope there'll be more of her in later films because Amy Adams did great things with the character. I'm glad she actually investigated him and found out who he is, that makes more sense than having her constantly being duped. The romance felt a little quick, but films often do that. I liked that the film ended with him becoming Clarke Kent. I like Clarke as a character because he's actually a person (and also maybe it's to do with Dean Cain somehow).
The saviour imagery was a bit irritating in places and I do wonder why both his dads were putting so much pressure on him to be great rather than happy or safe. At times it seemed like they'd both seen a prophecy that they couldn't reveal but were desperate to see fulfilled.
I also noticed a distinct lack of steel.

The only original film I've seen so far this year (though I'm hoping to see more). I really enjoyed Pacific Rim. I lied how the establishing narration at the start of the film covered what could be the events of a dozen monster movies. I liked the way the world of Jaegers and Kaiju was imagined. I'm not normally too fussed about combat scenes, but I felt that they worked really well in this film. I could tell what was going on most of the time and the giant robots all looked like separate, constructed machines. Also I actually cared about what happened to the machines and their pilots. For a film with a lot of character tropes it worked surprisingly well emotionally.
The characters were thin (the white pilots were pretty much interchangeable) but I liked that Mako got more backstory than most of characters - even if it was a bit cliched. I also liked that there was apparently no male gaze, but there were moments of female gaze when Mako first meets Raleigh. I had assumed that her attraction to him would be brought to the fore when they started piloting together and sharing their minds, but if anything romance became less of a concern. This is good, because female characters are often just there to provide a romance element where one is needed (and sometimes doesn't even make much sense) and that didn't happen here at all. I really like that they never kissed, because in the end that wasn't what their relationship or that situation was about.
I liked the scientist characters, the way they interacted. They were clearly designed to be oddball comic-relief, but I thought that worked fairly well. Idris Elba's leader was engaging to watch and no more cliched than most of the other characters. However in a story about the fate of humanity, with giant fighting machines, the concerns of individual characters are going to seem less significant.