Fear not, I am still reading.
I know September was entirely blog posts about television, I didn't quite mean for that to happen. Doctor Who was on and I wanted to get series one of The Next Gen finished and really that's more blog posts than I've ever written in a single month so the books got squeezed out. Now I'm planning on getting back into my normal mixture of posts, and to start here's a quick rundown of some books I haven't mentioned yet.


Some Kind of Fairy Tale by Graham Joyce 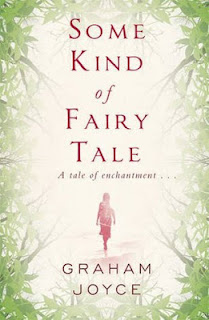 This book is an excellent examination of what happens when someone returns from a long, unexplained absence. Tara returns to her parents and brother after a 20 year absence, though she insists that from her point of view only 6 months have passed. Her insistence that she was taken by an otherworldly man is met with scepticism and annoyance from her family, especially her brother (now married and a father of 4) who sends her to a psychiatrist. The story is told from the point of view of various characters, and explores not just what Tara claims happened to her, but also the current lives of her loved ones and how her return has changed them. It is a well-written book full of emotional depth and clarity, which subtly explores the ideas around supernatural abduction. This is a fantasy book that I would very happily recommend to non-genre readers as it taps into a familiar fairytale tradition and it's depiction of daily life is perhaps better realised than it's fantasy elements (which I'm sure is intentional). 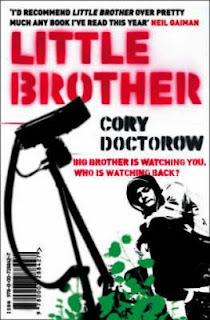 Told from the viewpoint of Marcus, a tech-savvy 17 year-old in San Francisco, this book is an exploration of computer security and official surveillance. Due to being in the wrong place at the wrong time Marcus and 3 of his friends are detained by Homeland Security after a terrorist attack. After his eventual release Marcus is incensed at his treatment, but knows he is being watched and feels he can't tell even his parents what happened. He starts up a secret network that counters the heavy-handed surveillance measures being set up around the city, and soon it spreads beyond his influence. The story is exciting and Marcus feels like a very authentic character, although the amount of local references adds to both characterisation and sense of place, a lot of them went over my head. The pace is rather slowed down by the regular digressions to explain how surveillance systems can be beaten, or how cryptography and networks function. Though these things are relevant to the story and often interesting as you're reading, I must confess that I don't remember many of them now. Then again I am over 21 so my brain is not as good at capturing info as that of the target audience (also the book itself pretty much says, being -just- over 25 means I'm basically a lost cause). While I can sympathise with the message that the author is conveying, there is no doubt this is a message book and one which is telling a whole load of information. I have recommended this book to teenagers, and I hope they get something out of it.

The World House by Guy Adams 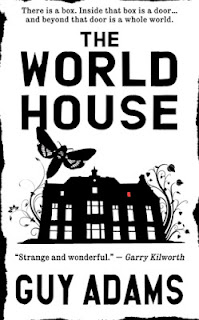 It's an intriguing idea, a house in which nothing is as it seems and everything is dangerous and out to get you. People from places and times across the 20th and early 21st Centuries interact with the box and get dragged into a place they do not understand and must learn to survive or else die. The workings of the box and the house are explored in the early chapters, after which the established cast of characters make their way through the strangest house in existence. The characters feel rounded, though many aren't initially likeable, but it's easy to sympathise with them and the house certainly tests their mettle. It's clear that there's something else going on here, some agenda or pattern of events, though like the characters the reader is initially clueless. Not quite knowing what to expect I was a bit shocked by certain things in the book, but I can be easily shockable. After the main reveal it's clear that the author is being really rather clever and seeing events take their course is fascinating.
Posted by Catherine Hill at 12:40