What Happens
A Shield convoy is attacked by an invisible force that can flip a lorry (seems like Magneto, but legally can't be). Dr Hall, a brilliant scientist, is taken from the convoy. Coulson's team discover that the heist was done using a device containing gravitonium (guess which universal force that affects). The components are traced to Ian Quinn, an entrepreneur who lives in extradition-free Malta. Shield can't go in and anyone that does will be disavowed. Not being Shield, Skye uses her contacts to get an invitation to a shindig at Quinn's mansion. Ward trains her to disarm someone and FitzSimmons give her tech to disrupt Quinn's security system so Coulson and Ward can get in. Quinn shows Dr Hall the massive ball of gravitonium he keeps in his basement, he wants Hall to create a doomsday device, or something. Turns out they used to be partners and Hall told Quinn where he would be. At the shindig Quinn is impressed with Skye, and offers her a job after she tells him she's with Shield. She follows the plan so Ward and Coulson can get in. Coulson finds Hall, but the scientist refuses to be rescued. He knows gravitonium is too dangerous to harness and wants to destroy Quinn's supply, killing himself and everyone in the mansion. Coulson stops him, though it results in Hall being sucked into the gravitonium. Skye escapes from Quinn and finds Ward. Quinn escapes, but the gravitonium is locked away in a Shield vault. Inside Hall's hand briefly reaches out, apparently he isn't dead. 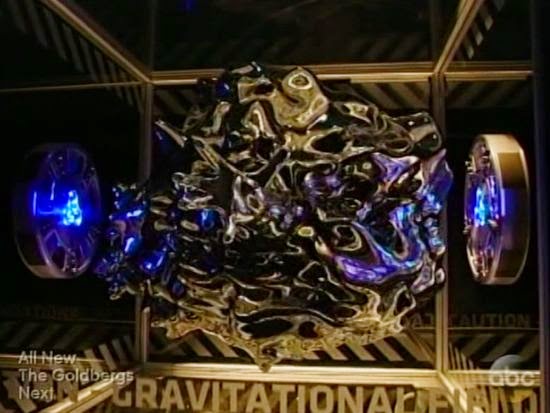 Coulson's Alive!
Coulson advises Ward about training and bonding with Skye. He goes with Ward on extraction, apparently respecting May's request to be kept out of combat. Coulson understands and respects Hall's desire to remove the threat of the gravitonum, but won't let him kill to do it. He ensures the gravitonium is locked away as secretly as possible. At the end of the episode he finds he no longer has the muscle memory he once did and gets frustrated, though May points out he's still recovering.

The Cavalry
May assumes she'll be joining Ward in the extraction team, even though she's already seen more combat than she expected, and is surprised Coulson will be going. She tries to point out specialist work is different fieldwork. Coulson says he saw action with the Avengers and May points out that he died. After Coulson returns from the op May offers to do combat again to stop the obviously rusty Coulson from putting himself in more danger.

Meh,Ward
Training Skye is difficult for Ward, who expects more discipline and less talking. After Coulson suggests he treat her like a person he tells her about his family background, how he had to protect his younger brother from his older brother's cruelty.

Science Duo
FitzSimmons know Dr Hall, he was a tutor and mentor to them in the Academy. They're alarmed to hear he's been kidnapped, then shocked when they discover he was the one to give away his own position.

Hacker Girl
Now that she's on the team Skye has to train, and complains about how hard Ward pushes her. She does well at Quinn's party, ingratiating herself and impressing him. It seems like she might betray Shield when she takes out her ear piece and tells Quinn they sent her. Despite her reluctance she learned from Ward's training, which she uses to escape. When they get talking she tells Ward about her background in the foster system, never staying anywhere for long, always passed from family to family. She never belonged and wants that feeling from something.

Weirdness of the Week
Gravitonium is apparently a very rare element. Those seem to be ten-a-penny in the Marvel universe. How something that disrupts gravity stays in the earth is never explained. Tiny amounts can flip trucks, and Quinn's supply turns the basement and lab upside down, at least from the viewpoint of those in the room.

Villain of the Week
Ian Quinn. CEO of Quinn Worldwide and fairly brilliant in his own right given his previous work with Dr Hall. He's found the gravitonium through his mining enterprises. He paints himself as a progress-driven, freedom of information, deregulation champion, but just wants power and tech for himself.

SHIELD LOL
When Dr Hall is revealed to be in a secret compartment within a lorry full of paper he looks at his kidnappers and says "Are we there yet?"

Discussing how to get past Quinn's deadly laser fence Fitz suggests a monkey. "If we had a small monkey, he could... disable the fence's power source with his adorable little hands."

Skye talks to the team in spy-sounding code while she's in Quinn's mansion, no one understands what she's talking about. "Skipper to Bravo. I got my eyes on top dog. The Eagle is landing on it."

Coulson finds Dr Hall in Quinn's basement and explains they have an exit strategy. When Hall responds that he's exactly where he's supposed to be, Coulson responds "I'll be honest, our strategy did not take into consideration you saying that."

It's sad to hear how the foster protocol has affected Skye. She'll get part of the truth before too long.

What allegiance does the guy who locked away the gravitonium have? Is he Shield? Hydra?