The Skiffy and Fanty Show

Come and listen to me discuss series 1 of the excellent In The Flesh (a beautiful, BAFTA award-winning zombie drama from the BBC) on The Skiffy and Fanty Show podcast.

The episode is available from the their website by following the link above, or can be downloaded from The Skiffy and Fanty Show on iTunes as #26. In The Flesh (Season One) and is dated 20 September 2014. 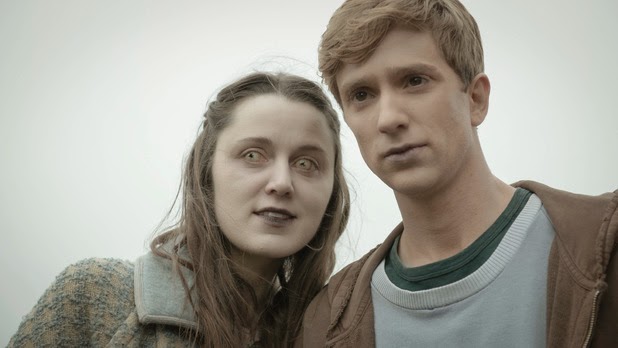 The recording was done back in August at LonCon3. I got to choose the subject and be on the show because I donated to a fundraiser and won in a draw. It was a lot of fun, especially because I got to meet four of the major talents behind the podcast in person, putting faces to voices. Plus I watch a lot of US TV (as readers of this blog have probably noticed), so it was kinda cool that I had an opportunity to get some Americans to watch such a fine and underrated example of British TV (seriously we need more stuff like this over here). Also I'm sure it makes for entertaining listening, especially if you like In The Flesh.

If you're into geeky stuff you should totally listen to The Skiffy and Fanty Show, it was one of the first podcasts I started listening to over a year ago. They do a variety of stuff, including interviews, discussions and blog posts, all interesting and entertaining. In 2014 they've been looking at genre fiction from all over the world and had loads of international guests. They were also nominated for the Fancast Hugo this year.

The episode I'm in is part of their Shoot the WISB series of subcasts, where they take a film -or in this case a short TV miniseries- and have a detailed conversation about it. These episodes are really interesting, but do get spoilery. There is an intro section, but it's usually best if you've seen the thing being discussed. They also do a regular feature called Torture Cinema, where they watch an awful film and get drunk while discussing it, those casts are hilarious.


Note: at one point in the episode I said something bi-erasing without realising at the time. It's immediately covered in the conversation, but I should have known better.
Posted by Catherine Hill at 12:06